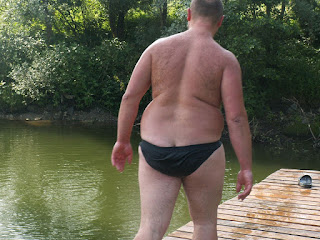 Considerable scientific attention is given to calculating the number of people and rate of population growth, but much less effort is expended on estimating average human mass. This disparity exists despite evidence that average body mass is climbing at a sharp pace. Weight is measured using body mass index (BMI). The overweight have a BMI over 25, and the obese have a BMI above 30.

Due to the rapid expansion in animal domesticates population and carnism in both industrialized and industrializing countries, human body weight is becoming a serious public health concern. Moreover, excess human population mass could have the same implications for world food energy demands as an extra half a billion people living on the earth. Obese populations need more food to support their extra mass, and thereby amplify climate-altering gases discharged from food production. Overweight bodies also need more fossil fuel to transport them in cars and planes. So maintenance of a healthy weight has crucial health and environmental benefits. Globally, BMI for both men and women have climbed sharply for four decades.

In 2012, the US came in third, following the Pacific island nations Micronesia and Tonga, for having the highest average weight in the world. By comparison, Americans are 33 pounds heavier than the French, and 70 pounds bigger than the average Bangladeshi.(511)

If all countries of the world had the same BMI distribution as the US, the added human biomass of 58 million tonnes would be equivalent to an extra 935 million people of average body mass. Further, they will have energy requirements equivalent to that of 473 million adults.

Compared with a normal population distribution of BMI, a population that is 40 percent obese requires almost 20 percent more food energy. In a population of one billion, the greenhouse gasses (GHGs) from food production and car travel due to increases in obesity is around 0.4 Giga tonnes (GT) and 1.0 GT of CO2e per year. This is equivalent to between 1 and 2 percent of the recent emissions from the total human population.(512)

A reduction of average weight by 5 kg (11 lb) could reduce transport CO2 discharges in the 34 high-income OECD countries by more than 10 million t. GHG pollution could be diminished another 4 million t through reduction of associated food waste in OECD countries. And, while the shift from cow flesh to other forms of animal flesh in industrialized and countries in transition has lead to food animal lifecycle emissions savings of 20 million t CO2e between 1990 and 2005, GHG releases due to obesity-promoting foodstuffs have increased by more than 400 million t CO2e in advanced developing countries.(513)

Overweight Americans and others in the global North are causing far more planetary heating than people with average body mass. Dietary changes are essential to reversing this dangerous trend. However, this issue is tricky to address since 'fat-shaming' can be a counter-productive strategy.