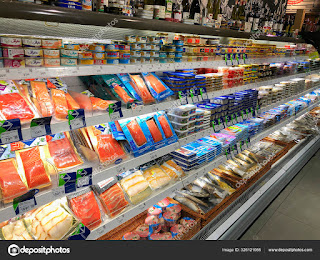 Rapid urbanization has had, and will continue to have, a profound effect on food consumption patterns. There is higher caloric intake because cities offer a greater range of food choices. This is combined with lower-energy expenditure in urban jobs, and a reduction of physical activity of 10 to 15% compared with rural work. Plus, there is greater inactivity in leisure time.(473)

Urbanization affects lifestyle and food consumption by modification of dietary behavior. To boot, urbanization in the next few decades will primarily be a problem in developing countries that are unprepared to deal with an increasingly unhealthy demographic.(474) Obesity and diabetes are advancing faster in cities than in rural areas of the Global South.

The urbanization niche has been seized by the fast food industry by providing quick access to cheap take-away meals. These meals are crafted to satisfy consumers' demand for foods high in salt, fat, and sugar. As such, the most popular fast food items, like hamburgers, pizzas, and fried chicken, have 30% of their food energy as fat.

Only 10 or 20 years ago, in many parts of the world, consuming the flesh of food animals was a luxury. But animal-based foods are now a part of the daily diet for a growing number of the middle class in developing countries. Big supermarket chains such as Walmart from the USA, France’s Carrefour, the UK’s Tesco and Germany’s Metro are conquering the globe. Their expansion has sparked massive investments by domestic supermarket companies. Fast food restaurants and chains are also rapidly advancing.

In regions where supermarkets have made major inroads into the food retailing system, the entire food economy, from farm-to-fork, is affected. For urban consumers, supermarkets can bring nutritional benefits with substantial improvements in the standards of food quality and safety.

Using fossil fuel, supermarkets have solved the problem of keeping animal-based products chilled at competitive prices. Cheaper and safer animal-based foods becomes available to the urban poor because of supermarkets, which induces demand. Stores bring the benefit of convenience as well, a particularly attractive feature to the urban consumer. In addition to population growth, urbanization and access are key structural forces driving carnism.