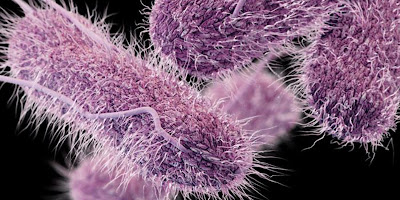 For centuries, infections caused by bacteria were a major source of disease and death from illnesses such as pneumonia and tuberculosis. The discovery of antibiotics has proven critical in greatly reducing infectious diseases, and protecting public health relies heavily on the use of antibiotics.

The widening use of antibiotics in animal production has gone hand-in-hand with the development of industrial-style livestock operations. Thousands of animals are crammed into the unhygienic, crowded quarters of a typical factory farm operation. To avoid disease, antibiotics are constantly dispensed through the animals' feed. On top of this, due to varied climate effects, veterinary medicine use will go up as disease burdens spread.(607)

And, according to the FDA, US sales of medically indispensable antibiotics approved for use in livestock surged another 23 percent between 2009 and 2014. In 2014 alone, domestic sales and distribution of these critical drugs climbed by three percent.(609) In addition, globally, the use of antibiotics in agriculture is set to increase by two thirds by 2030, from 63,200 to 105,600 tons.(610)

In 2006, the EU prohibited the use of antibiotics to promote animal growth. Even so, this did not result in a meaningful curtailing of their use on factory farms. With resistant bacteria and food-borne illnesses on the rise, the CDC has agreed to limit the use of antibiotics to promote the growth of livestock animals when those drugs are used to treat people. But the US government has thus far failed to reduce the threat to human health caused by ineffective antibiotics.(611)

In 2013, the FDA finally recommended for drug makers and agricultural companies to restrict the application of antibiotics in livestock production “to those uses that are considered necessary for assuring animal health.” The health agency is trying to phase out antibiotic use as a growth enhancer in livestock, to keep them out of the human food supply.

However, the federal government suggested that antibiotics could still be used to treat illnesses in animals raised for meat, but they should otherwise be pared back by December 2016. All the same, the FDA's guidelines are voluntary, and may not limit the overuse and the demise of antibiotics in the future.(612) Case in point, antibiotic use escalated in 2014, even after the guidelines were issued.

In other parts of the world, the use of these valuable drugs is subject to hardly any regulations or restrictions whatsoever. In China, in excess of 100,000 tonnes (220 million lb) of antibiotics are fed to livestock every year, largely without being monitored.

A major concern is that repeated exposure to the drugs enables resistant strains of bacteria to evolve. Some bacteria are naturally resistant, so they survive treatment and multiply. When antibiotics are given again, the resistant bacteria survive, and as their proportion of the bacterial population accrues over time, the drugs become less effective.

The bigger volume of antibiotics in use, the greater likelihood bacteria will become insusceptible to them. These resistant bacteria can enter the human body when people eat food animals. This puts humans in danger as bacterial strains develop stronger resistances. The annual cost of treating antibiotic-resistant infections in the US alone is upwards of $30 billion and mounting.(614)

Drug-resistant infections currently kill about 50,000 people each year in the US and Europe, and that number could reach as high as 10 million deaths by 2050, according to research by the UK government.(615) Every time an antibiotic is administered, there is a chance that some bacteria will develop resistance to it.

'Superbugs' are pathogens such as Escherichia coli, salmonella or campylobacteria that can infect humans as well. They are resistant to several different antibiotics and are therefore particularly difficult to treat. Testing in 2011 discerned the antibiotic-resistant Enterococcus faecalis was present in supermarkets on samples of all forms of livestock: on 81 percent of turkey, 69 percent of pig, 55 percent of cow, and 29 percent of chicken flesh samples.(616)

In October 2000, the FDA discovered that two antibiotics were no longer effective in treating diseases in factory-farmed chickens. One antibiotic was swiftly pulled from the market, but the other, Baytril, was not. Bayer, the company which produced it, contested the claim and as a result, Baytril remained in use until July 2005.(617)

Resistance in food-borne zoonotic bacteria Salmonella and Campylobacter are clearly linked to antibiotic use in food animals, and foodborne diseases caused by such resistant bacteria are well documented in people.(618) Drug-resistant infections, some fatal, have been mounting in people in the US, and antibiotic-resistant genes in bacteria infecting humans were identical to some of the same bacteria infecting animals.(619)

Developing brand-new antibiotics is expensive, and new drugs may only prove effective for a short term. Put simply, pharmaceutical companies have decided antibiotics are less worthwhile investments than drugs for chronic illnesses. One ramification of this is that strains of drug-resistant tuberculosis and gonorrhea are on the rise worldwide.

In the US, antibiotic resistance bacteria caused in excess of two million illnesses in 2013, and an estimated 23,000 deaths, adding up to over $20 million in healthcare costs. Drug resistance in campylobacter bacteria, the most common known cause of bacterial food-borne illness in the US, spiraled from zero in 1991 to 14 percent in 1998.(620)

According to the CDC, in over one-third of the salmonella-poisoning cases in 1997, the bacteria were resistant to five antibiotics used to treat the disease. As confirmation, the agency linked an outbreak of antibiotic-resistant salmonella in humans to cow carcass that had been fed sub-therapeutic doses of chlortetracycline for growth promotion.(621)

Staph bacteria, which cause skin, blood, heart valve, and bone infections that can lead to septic shock and death, are becoming progressively resistant to the chief antibiotic that has been used to treat staph infections, methicillin. From 1975 to 1991, the incidence of methicillin-resistant staph bacteria in US hospitals surged upwards from 2.4 percent to 29 percent. Staph infections are becoming progressively resistant to the last line of defense, vancomycin.(622) This critical intersection of food animals and human disease is a serious cause for concern in the present and future.