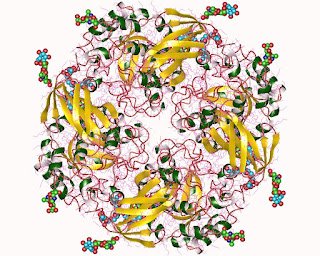 Pandemics Ahead: Number 15 in a series looking at the link between animal protein and global health disasters.

Allergy to cow’s milk is the most common food allergy in infants and young children. Symptoms of a milk allergy reaction can range from mild, such as hives, to severe, such as anaphylaxis, a potentially life-threatening allergic reaction. Around 2.5 percent of children younger than three years of age are allergic to milk. Nearly all infants who develop an allergy to milk do so in their first year of life.

The allergy is most likely to persist in children who have high levels of cow’s milk antibodies in their blood. With a milk allergy, the immune system thinks dairy is a foreign invader and attacks it by releasing chemicals called histamines. During anaphylaxis, allergic symptoms can affect several areas of the body and may threaten breathing and blood circulation. Other animal-based foods that can cause severe allergic reactions are fish and shellfish.

Alpha-gal allergy or meat allergy is a reaction to this molecule found in almost all mammals. The body becomes overloaded with antibodies on contact with the carbohydrate. Bites from the lone star tick or the chigger can transfer this carbohydrate to victims, which causes a delayed allergic response that is triggered by the consumption of mammalian flesh.(1053)

The allergy most often occurs in the central and southern US, which corresponds to the distribution of the lone star tick. Allergy rates are 32 percent higher than elsewhere, however, doctors are not required to report the number of patients suffering from the alpha-gal allergies, so the true number of affected individuals is unknown.

Some people with cat allergies may also be allergic to pig carcass and other food animals because of a type of cross-reactive allergy known as pork-cat syndrome. Alpha-gal allergies are very similar to pork-cat syndrome so mis-identification can occur.(1054) The reaction occurs 4 to 8 hours after the consumption of mammalian flesh products, instead of the typical rapid onset with most food allergies. After the delayed onset, the allergic response is typical of most food allergies, including severe whole-body itching, hives, angioedema (swelling under the skin), gastrointestinal upset, and possible anaphylaxis.