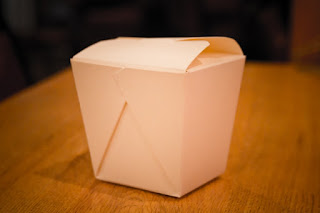 Science raises above religion and politics most of the time, but not when it comes to economics and the treatment of food and experimental animals. Then, science takes a back seat. The social and political contexts of animal-based diets and climate change shape engagement of both of these issues, and it is hard to get a truly balanced view.

Mirroring carnism in the general population, probably close to 95% of climatologists are consumers of animal products. And, while there is agreement on the manmade causes of global warming, this inherent conflict of interest in climatology fosters the denial of dietary footprints. As a result, even scientists who focus on methane's short-term impacts on abrupt planetary heating are largely dismissive of the voluminous discharges from animal agriculture.

Regardless of the peril, food and climate scientists, animal advocates, and health experts all face a public backlash if they are perceived as being too invasive by telling individuals what to eat and how to live their lives. These agents of change risk disapproval in trying to save the public from themselves. Yet, if climatologists continue to minimize and ignore diet-related dangers, this sets a bad example for the general public to do nothing as well.

To their credit, many environmental, food-focused, and animal protection NGOs in the US, Canada, and Sweden do mention the contribution of food animal production to climate warming on their websites. Yet, few of these NGOs have formal campaigns to reduce animal consumption, or seek to promote national-level polices to reduce the consumption of animal products.

Linking food animal consumption to climate is outside the core missions of many intergovernmental agencies as well. Moreover, many environmental organizations prefer tactics other than behavior modification promotion. Not surprisingly, then, animal protection organizations are advocating for larger reductions in animal-based consumption than environmental groups.(362)

In contrast, climate scientists and activists alike are sounding the alarm regarding fossil fuel pollution. In a controversial statement, James Hansen, arguably the world's most famous climate scientist, compared coal trains to Nazi death trains. In particular, Hansen and other climatologists call for radical and transformative modifications in the energy system. They even argue that energy producers and consumers should pay for the social cost of greenhouse gas (GHG) pollution.

Hansen writes, "If fossil fuels were made to pay their costs to society, costs of pollution and climate change, carbon-free alternatives might supplant fossil fuels over a period of decades. However, if governments force the public to bear the external costs and even subsidize fossil fuels, carbon emissions are likely to continue to grow, with deleterious consequences for young people and future generations."

While climatologists are calling for a radical transformation in fossil-based economies, few even view animal-based agriculture as relevant. Nevertheless, the mounting consumption of food animals is similar to the widening use of fossil fuels. And, the endangerment and effect on global temperature are the same. Additional anthropogenic CO2 is going to cause extra climate warming, irrespective of whether the source of CO2 is a car or a cow.

If the food animal industry and consumers were made to pay their costs to society for ill health, pollution, and global warming, plant-based alternatives might supplant animal flesh over a period of decades. But, if governments continue to force the public to bear the external costs and subsidize livestock, GHGs will proliferate with severe outcomes for children and future generations.

Unlike his views on coal, Hansen does not see cattle trains as death trains, but he does admit that one of the best actions an individual can take is to stop eating animals. “I've almost become a vegetarian,” he claimed in an interview.(363) But Hansen has never publicly discussed plant-based diet as a climate solution.

Scientists, NGOs and activists alike point out that the food animal industry is vital to incomes, employment, labor, and economies across the globe. These same arguments for jobs and economic growth are made by the fossil fuel industry. Yet, the benefits of oil, coal and gas are viewed as not enough to overcome the perils of pollution and climate warming.

In contrast, scientists and environmentalists consider the arguments made for people to go vegetarian or vegan in order to stop climate warming, and to reduce pressure on forests and food prices, as hyperbolic and bound to fail. These 'experts' have rarely inspected livestock's GHG pollution. And, they deflect the western livestock over-consumption problem by focusing on how plant-based diets would fail in the developing world.

The vast majority of the global South are primarily plant-based, though they still depend on animals for food and products such as leather and wool, for manure, and for help in tilling fields to grow crops. Subsistence and small farmers are not the main culprits of planetary heating. The lion's share of the industry's GHG pollution and growth are from industrialized factory farms.

Yet, one denier of food animals' GHGs concluded, “The notion that cows and sheep are four-legged weapons of mass destruction has become something of a distraction from the real issues in both climate change and food production."(364) This framing minimizes and trivializes the over-consumption crisis. Furthermore, it inherently provides an endorsement for large-scale livestock production, while ignoring its pollution and endangerment to humans and biodiversity.

Western livestock over-consumption patterns are a far bigger problem than animal use by the billions of poor in the under-developed world. To boot, a large part of the developed world's animal flesh and feed is imported from the under-developed world, so casting blame on them is doubly cruel. To make matters worse, environmentalists and climate activists routinely use animal husbandry among third world subsistence farmers as an excuse to reject dietary modification as a strategy for reducing climate-altering gases.

When they do talk about diet, climate leaders dangerously under-estimate animal agriculture’s impact. Case in point, McKibben of 350.org admits that he does not eat animal carcass that often, but claims animal agriculture can be done sustainably.(365) This reductionist position can be summed up as: “we need to move away from factory farming, adopt a modified form of grazing, and buy locally.”(366)

Nobel Laureate Al Gore, it his 2006 film on climate change, “An Inconvenient Truth,” gave minimal mention to diet in terms of its contributions to GHGs and what people can do to lower their footprints. Gore did go vegan in 2013, but he did so quietly and rarely talks of diet's link to climate change.

Pope Francis of the powerful Catholic church issued the first-ever comprehensive Vatican teachings on climate change, following a visit in March 2015, to Tacloban, the Philippine city devastated in 2012 by Typhoon Haiyan. (369) The edict urges 1.2 billion Catholic followers to take climate action and was sent to the world’s 5,000 Catholic bishops and 400,000 priests, who distributed it to their parishioners.

Even Prince Charles of the UK called out corporate lobbyists, saying “Climate change skeptics are turning Earth into dying patient.”(370) Top climatologists, a Prince, and the Pope, all understand the seriousness of climate alteration, and some are even confronting the fossil fuel industry with calls for divestment. However, they are largely silent on food animals' GHGs. There is a dire need for experts and those with influence to take on animal-based agribusiness and call for zero-use and divestment from livestock production as well.

One example of this denial was evident at the UN Climate Change Conference, Lima COP20 in 2014. At the event, two of Peru’s most famous chefs give lessons in sustainable cooking to the Conference of the Parties (COP) president and the head of UN Framework Convention on Climate Change (UNFCCC). The chefs helped the VIPs prepare vegetarian ceviche using a cleaner, wood-fired cook stove. Tellingly, the press and photo opportunity event centered almost exclusively on reducing emissions by using the wood stove, rather than through dietary modifications.(371)