GHGs: A Tale of Two Sources 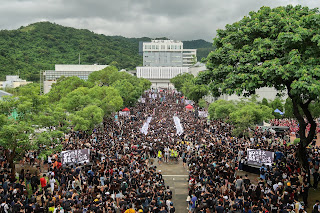 Ominously, livestock's footprints consist of carbon dioxide (CO2), methane (CH4), nitrous oxide (N2O) and other GHGs, that have a larger cumulative effect on climate warming than from each gas added up individually. And, unless food animals' GHGs are reduced along with fossil fuels, they may set in motion various environmental feedbacks that result in surpassing climate tipping points.

For reducing carbon-based emissions, an argument can be made that fossil fuels are not essential for human survival and that many non-carbon sources of energy already exist, and should be used instead. Oddly, this argument is often inverted when dealing with animal agribusiness GHGs. Animal-based diets are routinely viewed as non-negotiable and indispensable to human survival. And, the common perception is that other protein sources are not as good or available.

All the same, a World Bank review of the connection between consumption of animal products and health determined that in many situations, the partial displacement of carbohydrate staple source of energy with animal products may have neutral or no beneficial health effect. Another socioeconomic inquiry noted, “the use of plant source of protein and fat, such as soy products, nuts, and vegetable oils, may provide even greater health benefits and should therefore be considered simultaneously when considering investments in development.”(357)

Red meat consumption is associated with an enhanced hazard of cardiovascular disease and cancer mortality. In contrast, substitution of other healthy protein sources for red meat is associated with lower mortality.(358) Similar to pollution from fossil fuels, animal-based diets have profoundly negative effects on human health and the environment. And, in turn, animal-based diet related illnesses and animal waste pollution, generate immense quantities of CO2 in health care, habitat restoration, and so on.

Interestingly, Pope Francis's 183-page encyclical on the environment, released in June 2015, discusses the environmental crisis and the immorality of capitalism. It argues passionately for economic and cultural equality. For all that, the encyclical remains completely silent on animal agribusiness GHG pollution.

The UN Food and Agriculture Organization (FAO) is headquartered in Rome, not far from the Vatican. The agency has acknowledged numerous times the significance of livestock's GHGs and the sector's contributions to planetary heating. Despite this, the Pope and the Church refuse to call out the exploitative and destructive practices of the animal flesh, cow's milk and chicken egg industries in their encyclical to save humanity from escalating temperatures.(359)

In October 2015, the FAO's director and the French Minister of Agriculture both called for targeted policies and investments in food security and agriculture, to be at the center of debates on climate. They warned that failure to do so would unravel recent progress made in combating world hunger.(360)

The FAO's director indicated that there was a need to reduce deforestation and overfishing, and to improve soil fertility, to achieve lower emissions. He said the FAO was ready to assist countries through agroecology, 'climate-smart' agriculture, integrated coastal management, sustainable land management, and forest landscape restoration. Curiously, the director did not call for a reduction in food animal production or suggest that stepping up animal-based consumption was unsustainable and self-destructive.

The animal carcass, chicken eggs, and cow's milk lobbies are well-organized, and many politicians minimize and ignore animal agribusiness GHGs due to conflicts of interest. Case in point, a European Parliament member belittled the problem by saying, "I don't believe that the world will come to an end because of cows burping and farting."

A senior member of the staff of the German Environment Minister confessed, "We have exempted agriculture from the climate protection strategy in order to limit the number of potential sources of conflict.” While, the chairman of the German Advisory Council on the Environment was explicit in stating, "No one dares to say that we ought to eat less meat and more plant-based protein."(361)

Carbon and food based emissions are both real and dangerous. While one is increasingly being placed under a policy microscope, the other remains completely untouchable by priests and politicians alike. Fear of a public backlash and neoliberal attack by transnational food corporations (TFCs) prevents the powerful solution of dietary change from seeing the light of day.