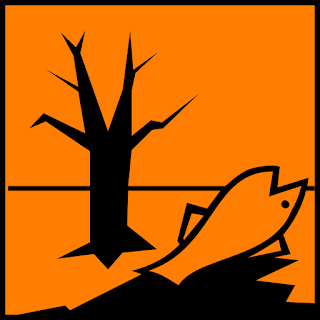 Many women, and the feminist movement in general, were devastated in Hillary Clinton’s election loss in November, 2016. Feminists are evaluating the election setback and trying to figure out what it will take to break the highest glass ceiling in American politics. The World Economic Forum says the gender gap has widened for the first time in their records in 2017. Their report states that women ‘won’t have equality’ for 100 years and equal pay will take 217 years. Currently, women comprise only 28 percent of parliamentarians and 21 percent of ministers, globally. Less than half of the world’s countries have had a female head of state, including the USA.

In light of allegations made by Senator Elizabeth Warren and former head of the Democratic National Committee(DNC), Donna Brazile, that Clinton hijacked the DNC and stole the nomination away from Bernie Sanders, some women are starting to question their support for the female presidential candidate. During the elections, feminists aligned themselves with the center-right Democrats and likewise viewed the popularity of Bernie Sanders’ center-left movement as a threat. Clinton supporters ignored the huge disappointment of the Sanders movement after his primary loss, and aspirations for center-left policies like universal healthcare, addressing climate change, and reducing an ever increasing military that consumes over 50% of the budget.

There was at least one other woman running for president, Jill Stein of the Green Party who came in fourth with one percent of the vote, after the Libertarian Party’s three percent. If it turns out that the center-left abondoned both Clinton and Stein, the left may have a women’s leadership problem into addition to sexual assault.

For decades, the Green Party has been working towards breaking the two-party monopoly system in the USA but this left-based effort remains insignificant. Maybe part of the problem is sexism and racism on the left since the party usually picks a female presidential candidate and a radical cultural activist for vice president. Another problem may be in the way the left generally perceive the two mainstream parties.

Greens, Marxists, communists and anarchists commonly refer to the Democrat and Republican parties as a duopoly and little effort is made in separating the two on the left. Over the past few decades, Democrats have lost over 1,000 elected offices as Republicans gained control of all branches of government. Correspondingly, the Tea Party, Libertarians, the ‘Alt-Right’ and other movements have exploited differences between center-right Republicans to push them further right.

Greens and activists on the left have to engage with the Democratic party, and utilize divisions between center-right Democrats and far-right Republicans to shore up their positions and move them further left. Failing to do so could mean remaining politically insignificant, or worse, playing into the far-right’s agenda.

For example, Russian-sponsored advertising on social media may have manipulated disgruntled center-left Sanders and Stein supporters into not voting or choosing the far-right candidate. Conflating Democrats with Republicans is a dangerous mistake for progressives to make, one that inevitably leads to the normalization of far-right ideology and agenda. HRC’S hijacking of DNC is not the same as the current administration’s hijacking of emergency climate action. The difference between neoliberal Democrats and libertarian Republicans may equal to a decade or more in loss lifespan from environmental deregulation alone.

The current Republican party is on the verge of fascism, and its policies are deeply sexist and racist. The left must work with the women’s movement, immigration activists, indigenous and other groups to build an effective opposition with the center-left. Fascism is very dangerous, and it is important to understand how it differs from business as usual neoliberalism. Fascism is usually placed on the far-right within the traditional left–right spectrum. It is a form of authoritarian nationalism and militarization characterized by dictatorial power, forcible suppression of opposition, and tight collusion with industry and commerce.

While some will argue that variations of these policies have always existed in America, we crossed the boundary with Republican’s unrelenting attack on women’s reproductive rights, scapegoating of Muslims, blacks, immigrants, and minorities, destruction of the EPA, and abandonment of the Paris Climate Accord. Conflicts between progressives over which group suffers from the most victimization and who can claim the highest morality are self-defeating and will not stop the march of the far-right.

Fascists believe that liberal democracy is obsolete and they regard the complete mobilization of society under a totalitarian one-party state as necessary to prepare a nation for armed conflict and to respond effectively to economic difficulties. Such a state is led by a strong leader — such as a dictator and a martial government composed of the members of the governing fascist party — to forge national unity and maintain a stable and orderly society.

Fascist and far-right movements often claim to strive for a self-sufficient economy in platform or propaganda. In practice, they crush existing grassroots movements towards self-sufficiency while allying with business elites. While the left jostle to form a circular firing squad, the corporate elites are busy reversing gains in women’s reproductive, affirmative action, and equality protection for queers and minorities, and other rights. Even as the world runs out of time to solve the climate crisis, Republicans are doubling-down on fossil fuels and pushing us pass a tipping point of no return. It is a climate imperative for feminists and the left to work with each other and the center-right and other groups to preserve the civil rights gains made in the last century, and to give future generations a chance to live in freedom on a habitable planet.
at November 04, 2017