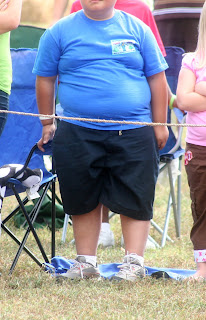 As part of due course, many in the over-consumption class suffer from stressful personal and social problems. Individuals often face several personal costs associated with high levels of consumption, like (i) financial debt; (ii) time and stress associated with working to support higher consumption; (iii) time required to clean, upgrade, store, or otherwise maintain possessions; and (iv) the ways in which consumption replaces time with family and friends.

On top of this, aggressive pursuit of a mass consumption society typically correlates with a decline in health indicators in many countries, as obesity, crime, and other social ills surge. One defining characteristic of the consumer class is their marked escalation in food animal consumption.

Appallingly, across the globe, there is a rapid increase in rates of obesity and the numbers of overweight individuals. To solve this health crisis, an array of large-scale programmatic and policy measures are being pursued in a few countries, although, animal consumption remains sacrosanct from change.

Type 2 diabetes is a global public health crisis that threatens the economies of all nations, particularly developing countries. Fueled by rapid urbanization, nutrition transition, and progressively sedentary lifestyles, this epidemic has grown in parallel with the worldwide rise in obesity. Asia's large population and rapid economic development have made it an epicenter of the diabetes epidemic.(488)

Interactions between Westernized diet, lifestyle and genetic background may accelerate the growth of diabetes. On the positive side, Type 2 diabetes is largely preventable through diet and lifestyle modifications. Putting this into practice, though, will require profound changes in public policies, food and health systems. In addition to obesity and diabetes, there are other chronic health problems associated with food animal over-consumption, such as cancer and heart disease.

Few countries are engaged in serious efforts to prevent the dietary and environment challenges being faced. Around 65 percent of US adults are overweight or obese, leading to an annual loss of 300,000 lives and, at least $117 billion in health care costs in 1999.

Another aspect of over-consumption is increasing consumer debt. In 2002, 61 percent of US credit card users carried a monthly balance, averaging $12,000 at 16 percent interest. This amounts to about $1,900 a year in finance charges, which is in excess of the average per capita income in at least 35 countries.

If the over-consumption rates of the wealthiest nations are curbed, this may slow the rate of expansion everywhere else. Be that as it may, there is little evidence that their consumption is slowing, even in the US, where most people are amply supplied with the goods and services needed to lead a dignified life.

Governments could rein in high consumption by removing economic subsidies for everything from gas-guzzling vehicles to suburban home-building. Currently, government economic subsidies total around $1 trillion globally each year.(489) And since over-consumption translates into higher warming, it should be taxed to pay for mitigation and adaptation.